This school year is cursed. Or something. This week, we spent most of the time like this: 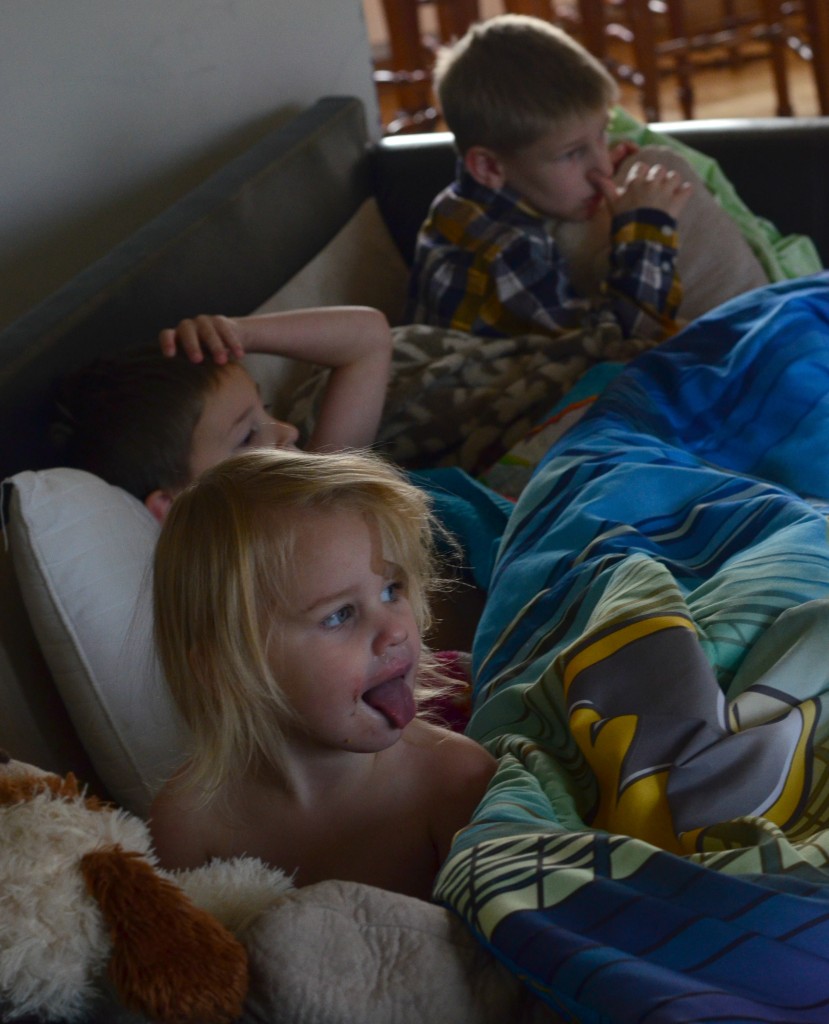 The kids were just awful sick for the last part of the week. They are doing much better now, but whoa, it was a rough one.

When they were not sick on the couch:

Mr. Man is continuing  to work hard on reading. He is such a goof, I know he can read simple books, but he likes to pretend like he can’t. He works on his reading a lot when no one is looking (I can hear him read aloud- so I know he’s doing it), but only likes to share things he has mastered. That’s okay. I don’t mind going slow and steady with him while he teaches himself in the background- either way, he learns to read.
Little Miss spent a lot of time at the table with Bug- she’s getting very interested in what the boys are doing, and doesn’t want to miss out.
So- We brought out the puzzles for her. They kept her very busy! She’s getting good at them, and is learning her colors too!

Bug’s Buddy comes over to work on Logic of English with him. This week they played phonogram games together, and learned some new spelling rules. Both boys are getting very good at figuring out the “secret code” that explains English spelling and reading.
The boys and I worked on 3D shapes. 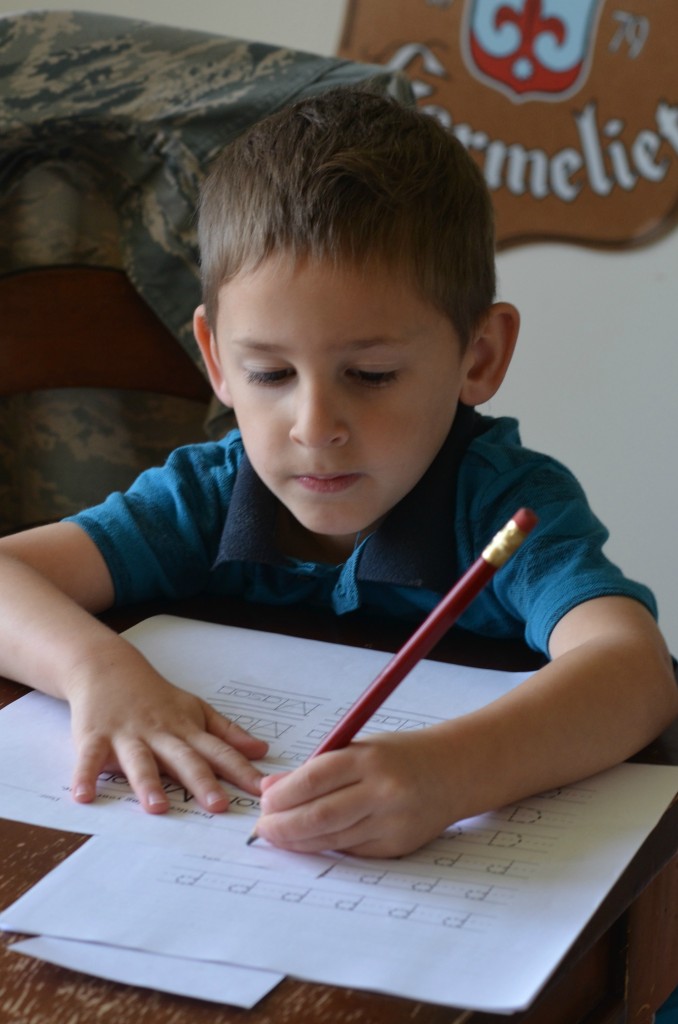 And we did plenty of writing and reading too!

That’s about it. We did get a lot more done in retrospect then I felt like we did at the time. Both kids got Spanish class, and swim lessons in. Mr. Man got music. Bug attended his distance learning history class on the middle ages. And, we watched a lot of magic school bus for science while put up on the couch. This week, I swear will be better! I have SO much I want to get done!

Fingers crossed for a better week this week! It’s going to be great around the blog- I have an AWESOME giveaway coming in a day or two you will NOT want to miss! 🙂