This post is sponsored by Oak Meadow– visit them for more creative learning ideas! 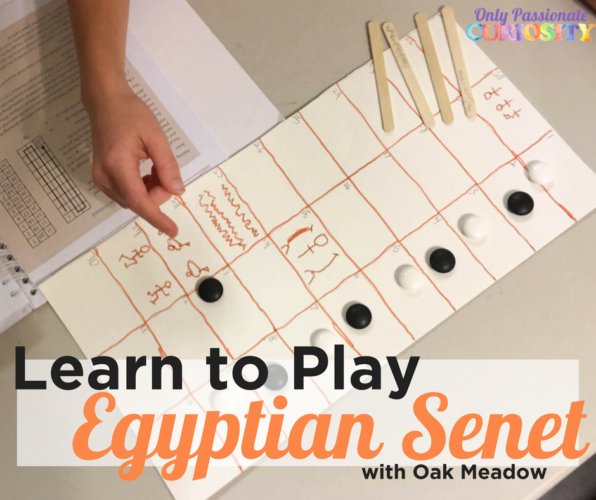 We have been having SO much fun learning more about Ancient Egypt this month with the kids. Each child has been working at their own level, learning more about the art, culture, lifestyle and history of ancient Egypt. Oak Meadow’s sixth-grade history program focuses on ancient civilizations and has a couple of weeks dedicated to Egypt.

This activity can be found in their curriculum- you can sample this exact week online (check it out here), so if you’d like more specific instructions for this game, head on over to Oak Meadow to check out their instructions.

Making the Ancient Egyptian game on Senet is pretty easy- Bug was able to put it together in the afternoon, and then he brought it over to a friends house to play.

Senet is one of the oldest known board games and makes it’s appearance in Egyptian Hieroglyphs as old as 3100 BC. Many Egyptians were buried with a Senet game, which they used to represent passing to the afterlife.

Creating the Game Board

You start by creating the game board- you’ll want three rows of ten boxes. We numbered the boxes from 1-30 on the advice of Oak Meadow simply because it made it easier to see how the game was played and what direction the pieces should move. A traditional board would not include the numbers. 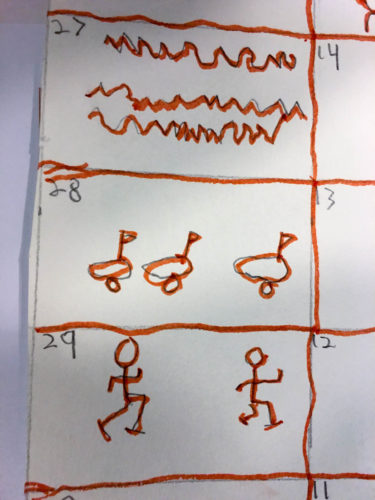 20, 28 and 29 are safe spaces. Pieces on these spaces can not be placed under attack.

27 is water- this is a trap. If your piece lands here, you have to return to square 15. If someone is already on square 15, the piece returns to the start.

Setting up the board 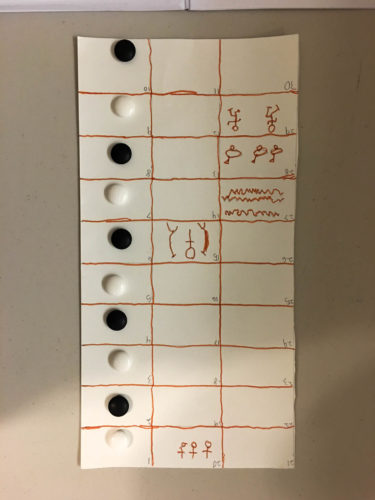 Place the black and white pieces on alternating squares.

How to know how many spaces to move

Bug created his “dice” using popsicle sticks- he colored one side and left the other side blank. When a player throws his sticks, they are counted this way: 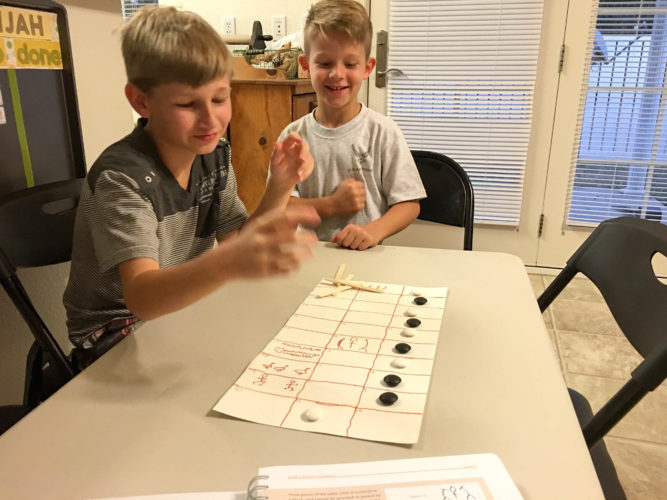 Three pieces of the same color in a row form a block, and cannot be attacked or passed by the opponent’s pieces. They do not block the play of pieces of this same color. Any dice stick throw that cannot be used to move forward (due to a block) must be used to move backward. If the move backward lands a piece on a square occupied by the other player’s piece, then the other player’s piece is moved forward to the square just left empty by the piece in play; they switch places. If a player cannot move in either direction, the turn ends.” 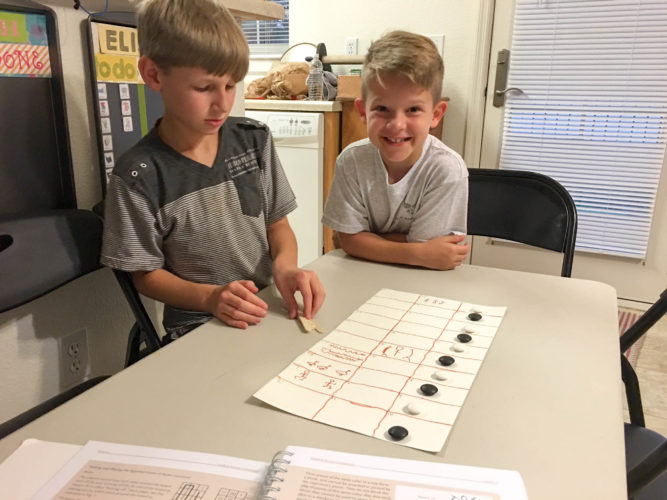 You want to move all your pieces off the game board. A player can’t move pieces off the board until all of their pieces are moved out of the first row- so they need to be working to move all five pieces. This game takes about twenty to thirty minutes to win, depending on how lucky each player is when they roll!

Check out Oak Meadow for more hands-on lesson ideas! We love using their curriculum because they understand how children learn, and provide many different ways for a child to explore the topic and express themselves creatively. It’s a wonderful choice for families looking for maximum independence, creativity, and FUN! See the whole series in their shop!

Pin it for Later 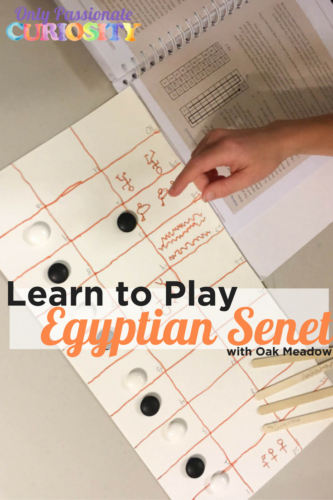