This week, I didn’t accomplish any of my well laid plans- because something so much better was in the works. Back in the states, I am a licensed nurse, and I so badly wanted to be able to continue my education. I don’t know one hundred percent what I would want to focus on, but I have always had a pull towards labor and delivery. Of my three kids, all three have been in hospital births, with loads of Pitocin. My youngest was the only one where I had the desire and resolve to have a “natural” birth.

Now, I know I didn’t have so much of a “natural” birth, as I had a birth without pain medication. With all the interventions, it was far from what birth naturally should be.

This week, I was honored to be asked to “doula” for a friend here who wanted a female labor companion. I have not had doula training, but thought with all the research I did with my little ones, and the classes, and nursing training- combined with my own ideals on natural birth that I could do a good job for what she was asking.

She had the most beautiful labor and delivery- and it’s not my place to share her birth story. I’ve left the details and the nitty gritty out of my version of the story (and, I am looking forward to hearing HER version!). Because really, it’s the difference between the care of a laboring Momma here that I really want to talk about. I’m just in awe at how well she did. More than that, I am in awe of how wonderfully the hospital was set up to support her; peacefully, with trust and respect. 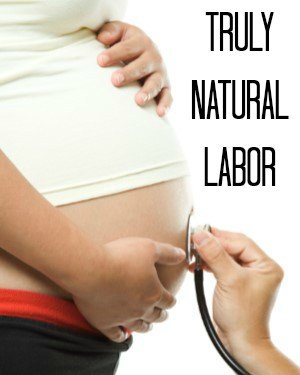 Early in the labor, there was no talk of augmenting the labor. No timetable was set for how quickly the delivery needed to take place. There was no question about pain management. There was nothing but encouraging words, and quiet voices. The midwife never questioned the mother’s progress. The mother was trusted.

She labored in the water- and was given full control over the temperature of the water, and how much she used. No one supervised getting in or out, and there was no anxiety about the “safety” of the mother in the tub. The midwife did not intervene, or distract her from the hard work she needed to do. When the mother decided it was time to move, she moved. There were no leads or wires or IVs to worry about. There was no permission being asked. She just labored.

Fetal monitoring was done twice. Once on arrival for about half an hour (until the mother decided she was ready to get up and do something else- the request was immediately granted). And once at the point of no return during transition when even the strongest woman has a brief moment of uncertainty.

At that point, the monitor encouraged everyone that baby was strong and healthy and that the mother was so, so close. Then, the monitor came off so she could finish the work.

The midwife only came when called, and was near enough to reassure me that we weren’t alone, but far enough that the mother had the privacy to focus. When the baby was born, there was no entourage of people. No handful of nurses, no doctor, no team for the baby, no clueless students watching the private moment like it was a sporting event.

There was no “prep” done for the delivery. No plastic drapes placed, no covers for gowns, no trays of tools. The midwife had one small basin, with a cord clamp, scissors, and gloves. Nothing else.

The room was kept dim, without spotlights. The machines were off- no monitoring needed. When baby was coming, the midwife suggested positions to birth in, none of which required Momma to be on her back (birthing on the back has its own difficulties). At the same time, the midwife required nothing, and allowed the Mother to follow her own instincts.

When the baby arrived, no one moved her from the mother. This moment was the only where my past experiences caused a tug of war in my head. Rationally, I knew that baby was fine, and I knew to trust the midwife- but the nurse in my head, gosh is she a worried one. I was quickly evaluating that baby and trying to think of what her apgar score would be. She came out peaceful. Quiet. No squeaks or whimpers. No flailing limbs. Still. She was not pink- not yet.

I thought of what would have been done in that one second after birth in the states. There was no brisk rubdown here, no ointment for the eyes, no prick in the foot. They did not move her to weigh her, or measure her, to clean her off. There was just quiet in the room, sighs of relief, and time. Time to really let the baby see her mother. Time for the mother’s body to warm her. Time to nurse. There was no reason to flail and scream.

The mother also did not have her uterus briskly massaged after delivery. She wasn’t hooked up to an IV. The afterbirth was not rushed. It also wasn’t hidden. The midwife inspected it right there, letting all of us see it too. All was peaceful.

The whole experience was just so far removed from my own hospital births, and experiences in Labor and Delivery as a nursing student. It’s been days since this beautiful little girl entered the world, and I am still thinking about how far off the mark for childbirth we seem to be in the United States.

If this had been a birth there, this poor mother would have needed to come in with a written birth plan, detailing the things she wanted. She would have needed “special permission” to keep those leads off her, to keep the room dim, to be “allowed” to birth “off the table.”

In the states, a birth like this is rare, and coveted. 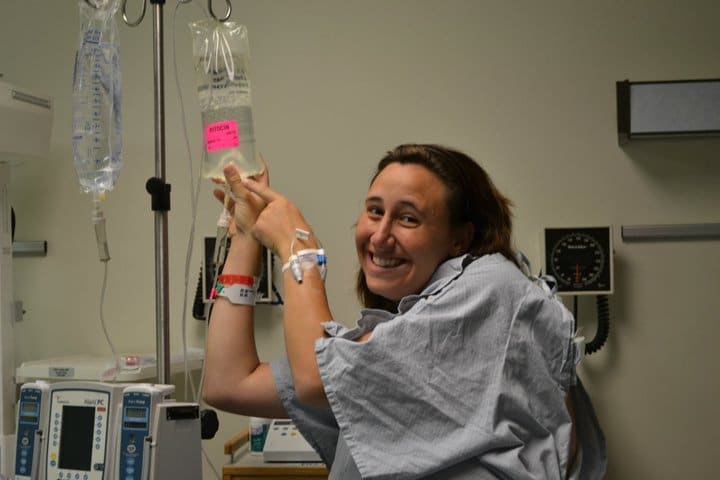 A shot from my “natural” delivery- clearly before the pain really hit me.

Not once was the mother in distress. The baby wasn’t either. I wonder how it would have gone in the states- would they have wanted Pitocin? Would she have been able to labor in any position she wanted? Would frequent monitoring and checks made her unable to focus on the work at hand, and lead to more interventions? Would baby have been whisked away to a warmer and the NICU for monitoring “just in case”?

I don’t know. I had been so prepared to advocate for this mother, and to help her have the experience she had wanted. My gut says it would have been needlessly harder in the states. In this case, everyone stayed back, and let this mother labor instinctually. Don’t get me wrong here, she clearly had researched how to breathe and different coping techniques; but she was also given an amazing amount of space to focus herself on the task at hand.

I am so glad to have held this Momma’s hand through her labor, and really seen how a natural birth *can* be.

To my dear Momma friend; you were a rock star. I never once doubted that you knew what you were doing, and you never really needed me. You trusted yourself, and Momma, you looked like a pro. Thank you so much for letting me be there with you and your husband.

This gets the focus spot for field trip Friday, because whoa, was it an adventure. If you are local and have questions about this hospital, or want more information on birth in Germany, please feel free to shoot me an email. That information is not included out of respect and the privacy of all involved.

Success! Now check your email to grab your "I Heart Math" Activity Pack!